Episode 343: Evolution of a Design(er) with Thom Filicia, Part II I am joined again by a very special and meaningful guest, Thom Filicia. Not only is he the top designer and founder of Thom Filicia Incorporated, but he is the entire reason I am a designer today. So let’s dive into part two of my conversation with him on the evolution of design. If you […] 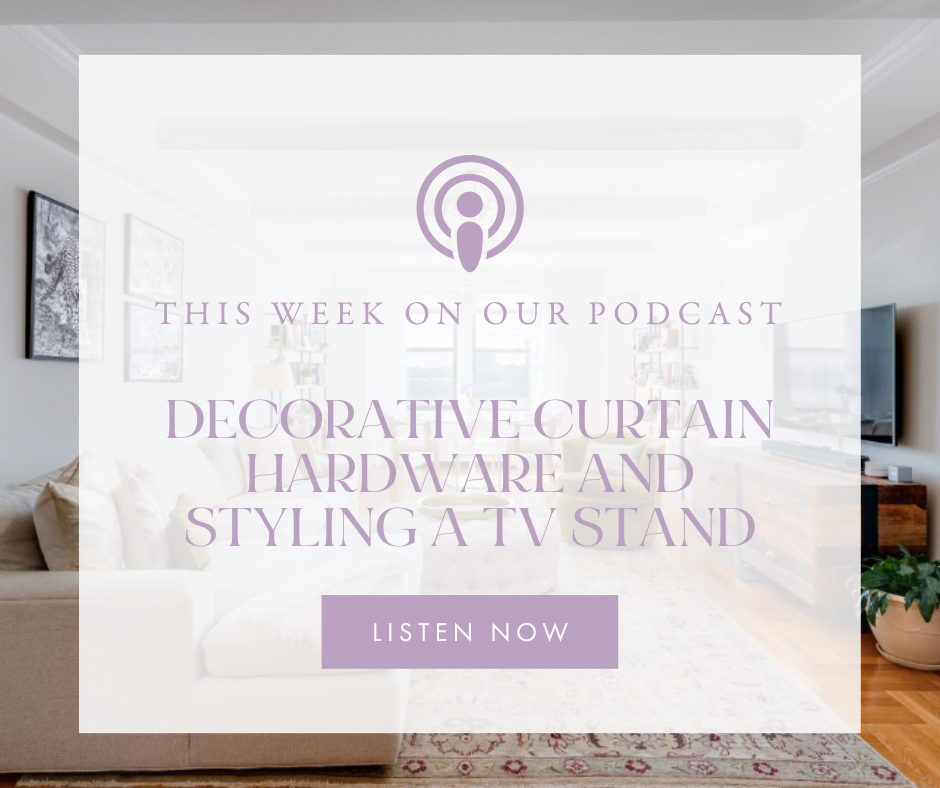 It’s so good to be back with you again this week. A lot has been going on since the move to Connecticut on August 17th. We’ve been trying to manage our sanity while helping our kids make a smooth and healthy transition. There are currently so many moving parts with the house, and the cottage […]

Episode 335: Selecting a Style for Your Space It’s officially official now – I’m engaged, and the contract has been signed on the beautiful Connecticut house with 15 acres! My husband has now finally seen it and thinks that it is spectacular. The place ticks all the boxes, but now I’m in this phase where I have cold feet. Did we make the […] This week I’m joined by special guest, Andy Ciccone, host of The Poor Prole’s Almanac podcast. He has lots of interesting ideas, and I’m so excited to have him share his knowledge and philosophy about land. This episode, we discuss… [1:48] Andy’s background and his podcast Andy hosts Poor Prole’s Almanac and Tomorrow Today. In […] I’m officially engaged to the lovely house from Connecticut with 15 acres! The caveat is that we don’t have a date yet, so I don’t know when to break up with my current partner – or house, that is; even though we’ve sold the house, things are still up in the air for now. The […] Thank you, everyone, for bearing with me as I am still getting over Covid after having it three weeks ago. This stuffy and congested feeling has me struggling as I’m not back to normal yet. The brain fog is so real. Others have had it worse, so I’m grateful for being able to taste and […] We finally did it! We decided to take advantage of the real estate bubble and put our house on the market. Not knowing where we are going yet is so discombobulating and distracting. As an interior designer, I need to design my next home. I also need to know what to take as I pack […] If you have been following along on my house hunting journey, then you know what I mean when I say that I have a new online boyfriend and just had my first date. That’s a house, of course. It’s this beautiful yellow house with teal shutters and a cottage in the backyard in the Connecticut […] As you know, the mailbag is running a bit low so as I wait for it to be refilled, I still wanted to make sure to get out an episode for you. This episode is going to be a bit of a design TMI. I am currently working on a handful of projects so I’m […]

You might be wondering why my episodes have been a little all over the place this month. That’s because of two reasons. One, after this episode, I am officially out of questions as the mailbag is now empty so make sure to go submit your burning questions over at affordableinteriordesign.com/podcast. The second reason that my […]